Carpe Lucem challenges and entertains players by transferring classical 2D puzzles into the virtual space. They learn new fascinating aspects quickly. Now puzzle elements can be moved literally in the third dimension. But not only that: They can also be arranged 360 degrees all around the player. Sounds simple but it creates a whole new way of interacting and playing mind teasing puzzle games and it is indeed a perfect introduction to Virtual Reality. 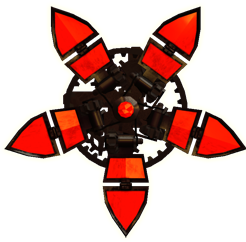